‘Who Do You Think You Are?’ Broadcasts My Work on Martin Sheen’s Spanish Ancestry 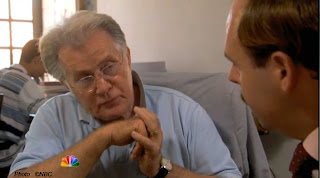 Last night’s episode of Who Do You Think You Are? treated the American viewing audience to the family history of one of the nation’s best known actors, Martin Sheen. I’ve been gratified by how well the broadcast was received, and in particular how much interest was elicited by one of the strands of the story – that of a philandering 18th-century Galician magistrate. As I was ferreting the details out of dusty old records I personally thought ithe developing saga was enthralling,  but wasn’t sure if others would be as entertained by it as I was.
After so many months of carrying around in my head the remarkable story of Sheen’s ancestor Don Diego Francisco Suárez, I am delighted that it has at last been shared with the wider public. Mr. Sheen and his family also seem to have found this branch of his tree to be one of the most interesting ones, saying in an interview that ‘They were fascinated with the irony, particularly on my Spanish side, when we discovered that wretched great, great, great, great grandfather Don Diego Francisco Suarez. That was a knuckleball that we weren’t anticipating and I took it very personal. That was the one that really grabbed the attention around here in the family and caused quite a bit of eyebrow raising… My great, great, great grandfather prosecuted my great, great, great grandmother. And that was the biggest surprise and the most intriguing part of the whole journey.’
Genealogy can be more interesting than the very best fiction.