On 11 June 1805 at Ferrol’s navy parish of San Francisco, a child named Manuel Alejandro Rufino was baptised, a son of Don Diego Clarke, Captain of the 1st Battallion of Spain’s Hibernia Regiment, a native of Saint Augustine, Florida (who was then away from Ferrol, in Bilbao) and his wife María Concepción Quartenaro.

The father belonged perhaps to the same Northamptonshire Clerke family as William Clerke, a merchant active in Tenerife towards the middle of the 17th century, supposedly a convert to Catholicism and who is known to have kept in touch with his family in England after his migration; other names mentioned here are perhaps also rendered as Comyn or Commyns, and O’Donovan. 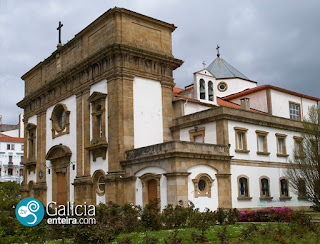 The entry was placed in this register in 1819, by which time Diego Clerke resided in Valladolid; a notation states that this after-the-fact record was made owing to the loss of the 3rd Battallion’s register.