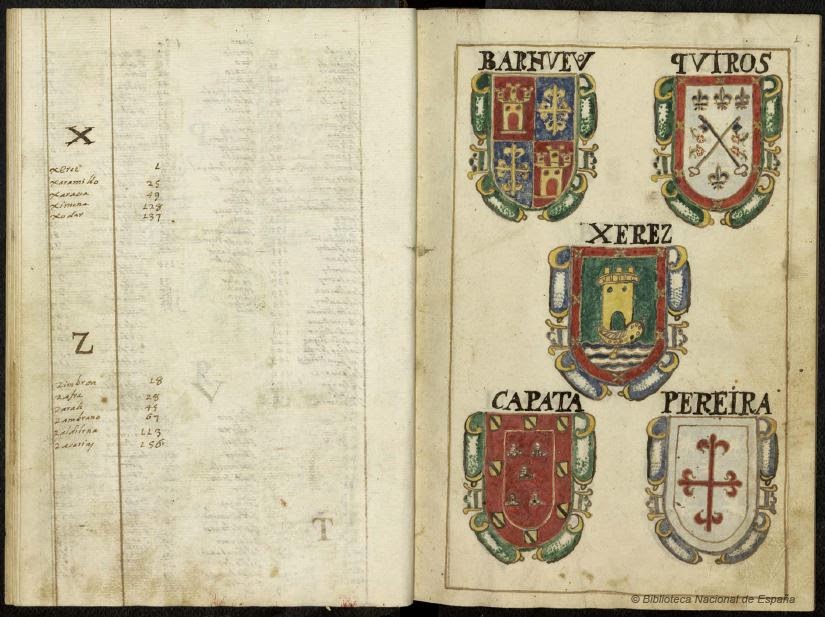 A valuable and, I believe, still little-known resource for Spanish heraldry and genealogy online are the manuscripts digitised through the Spanish National Library’s ‘Biblioteca Digital Hispánica’ subsite, the number of which has grown steadily over the past couple of years. This site offers a veritable treasure trove of Spanish heraldic and genealogical manuscripts of diverse periods and provenance, and – it must be said – diverse quality as well. Given the dispersal of the records and registers of grants made by officers of arms under the Spanish crown, this collection may be the closest thing the nation has to the archives of London’s College of Arms.
The site’s use is straightforward enough; there is room for improvement in the cataloging and one senses that many Spanish antiquaries and even heralds have fallen into complete obscurity, a topic I have previously discussed with certain heraldists in my acquaintance and which is a striking contrast to the relative prominence still enjoyed today in our circles by their English counterparts of long ago, such as Dugdale. For example, they date a manuscript compiled by one Diego de Soto y Aguilar as ‘Between 1700 and 1800?’ when a quick Google places him at court in the reigns of Felipe III and Felipe IV, that is, the first half of the 1600s. 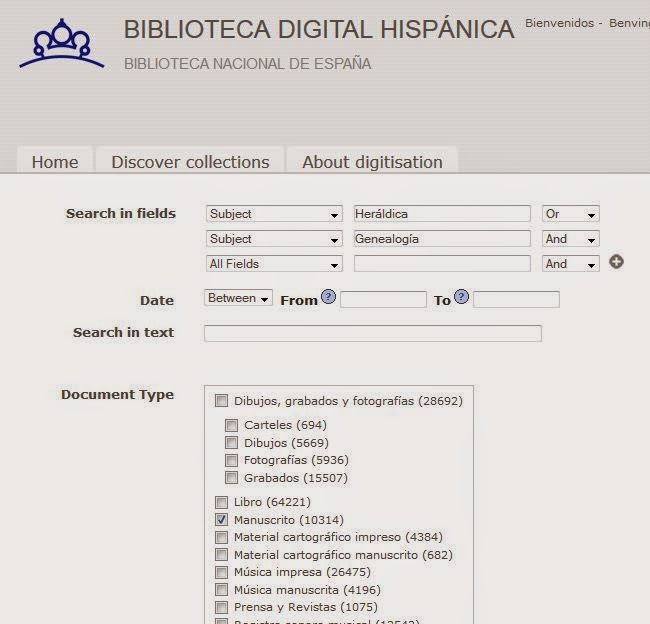 To sift through some of the manuscripts now available through this site simply go to http://bdh.bne.es/bnesearch/, click on Advanced Search and then fill in Heráldica or Genealogía as subjects, tick on the box for Manuscripts (see example here) and you’re off to the races. If you’re familiar with sites such as Gallica or Hathi Trust, this will seem comparatively easy to navigate, with thumbnails of each page appearing in a bar at the left as you go through each work. 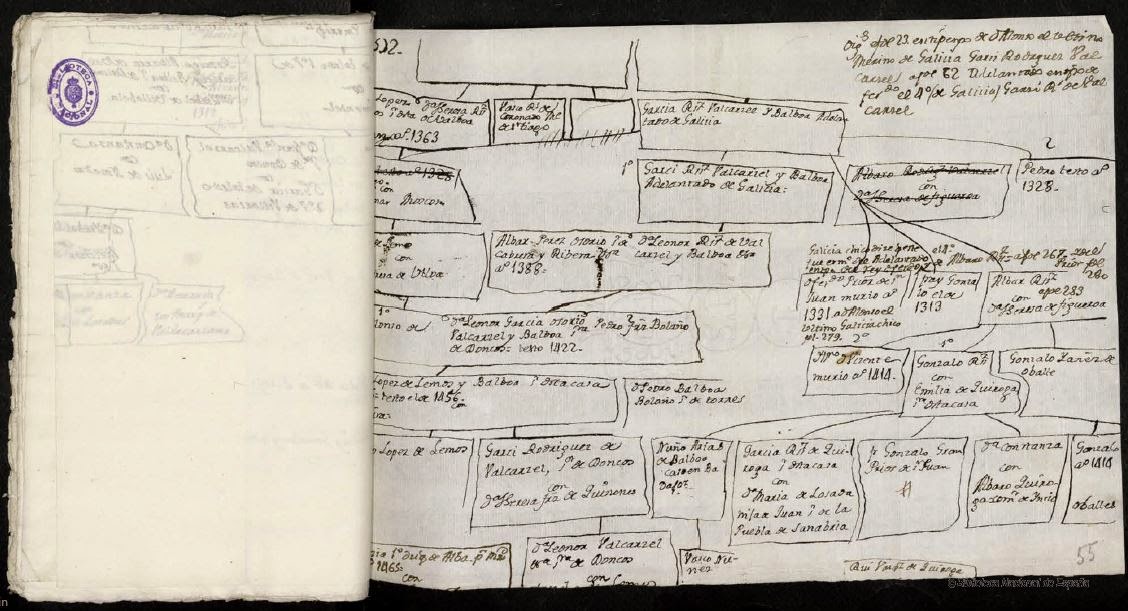